My 2015 learning resolution? Steal like an artist. And I’ve already gotten started as I stole this resolution from Austin Kleon, who wrote a book with this title and expounded on the concept during his keynote at Training magazine’s 2014 Online Learning Conference this fall in Chicago. Kleon’s perspective is that “creativity is built on what came before.” So rather than wasting time reinventing the wheel—which we do all too often—we should focus on improving the wheel or figuring out new, innovative ways to make the wheel work better for us.

For Kleon, the artist is a collector, not a hoarder. You want to share your talents and ideas and those of others you believe have merit. Kleon recommends saving your “thefts” for later. “Carry a notebook and create a ‘swipe file,’” he suggests. That way, when you’re struggling to solve a problem or meet a challenge, you can go back to that swipe file and perhaps find seeds of ideas that you can build on and adapt to your situation.

While social networking and our ubiquitous devices certainly can keep us connected, it’s also important to step away from that computer screen or tablet or cell phone. I do my best thinking when I’m moving—particularly when walking briskly or taking a shower (in fact, the idea for this blog came to me while I was washing my hair). There’s something about the blood rushing to my brain instead of pooling in my feet that jumpstarts the creative process. So another of my 2015 resolutions is to get out of my chair and onto my feet more often. Kleon calls it “practicing productive procrastination.” It works for me!

Last but not least, I plan to follow Kleon’s advice to “do something small every day.” Sometimes I get so caught up in all the big projects, all the crazy deadlines, and all the people clamoring for instant attention that I feel like I’m not making progress despite running around like a chicken without a head. Some days, it’s important for my sanity to cross something—anything—off the list, no matter how small it is. A sense of accomplishment at the end of the day is worth its weight in gold.

I share these resolutions freely and hope others will jump on my bandwagon. After all, imitation is the sincerest form of flattery. 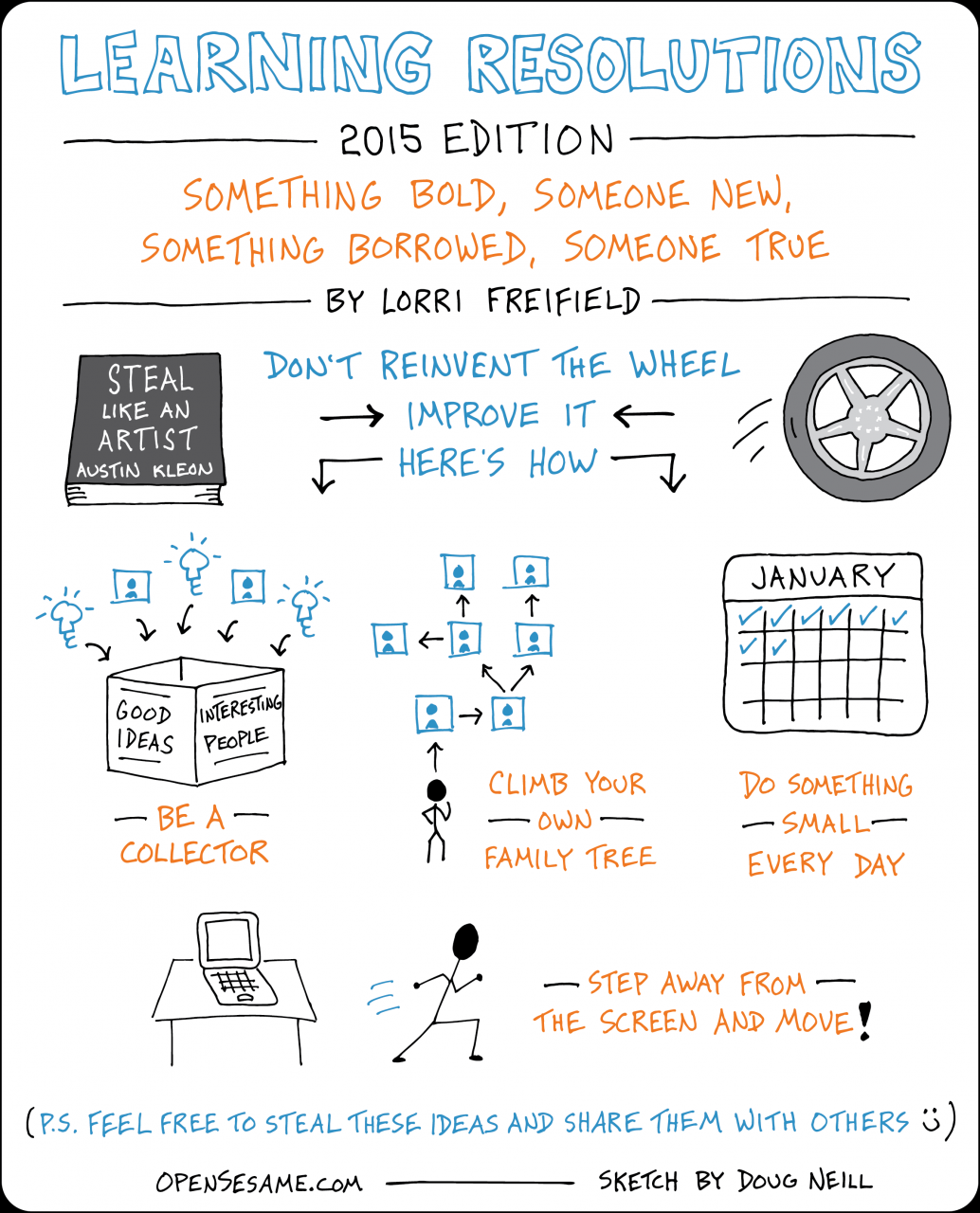 Lorri Freifeld is editor-in-chief of Lakewood Media Group’s Training magazine, the leading business publication for learning and development and HR professionals. She writes on a variety of topics, including talent management, training technology, and leadership development. A writer/editor for the last 22 years, she has held editing positions at a variety of publications, including License! Global, KPMG Consumer Markets Insider online news service, EyeWear magazine, and Chief Executive magazine. She holds a Master’s degree in journalism from New York University.