Here at OpenSesame, we strive to better understand our customers. As a company with many large, international clients, we are naturally curious as to how other multinational corporations run their internal training. So when we came across Bill Goodwin’s article about Toyota Motor Europe’s elearning upgrades, we wanted to know more. We talked with Joost Segers, Technical Training Manager at Toyota Motor Europe, to get some insight.

Joost has worked for Toyota for 11 years, eight of them in technical training. He has worked on completely overhauling Toyota Motor Europe’s technician training program (known as Team21) to a modular system allowing maintenance, rather than a recertification system.

In 2005, Toyota Motor Europe (TME) started job-based training in four levels divided by maintenance/repair and diagnosis. Blended learning (both online and classroom) led to certification. In 2008, the company deployed elearning, and by 2011 everyone had transitioned from local programs to Team21. “We didn’t have experience, and we just went with what we knew at the time,” said Joost. “3 years later, the problems started to surface. We had an out-of-date system and out-of-date content. It was hard to maintain. There was no clear structure for which learning objectives go where in the program.”

“If you don’t have a really clear structure and a really clear guiding principle of how you organize all your materials, then you can’t maintain it,” said Joost.

Joost and his team had to reevaluate. He asserts, “it was important that we, as a regional head office, went to all of the people involved. We visited most of the countries in Europe and hundreds of technicians before coming up with the concept of how we were going to organize our competency based program.”

Using Bloom’s Taxonomy, the team applied knowledge skills and attitude learning objectives to each page of a course. These were then grouped into small modules on a certain subject. Smaller courses meant more flexibility in learning objectives moving across levels. This time, certification wasn’t what mattered, but rather that technicians were up on the latest technologies. The restructured system launched in 2013. “We now have the program split up into many small pieces, and as a result we can easily manage them according to the level that needs them,” said Joost. “The result is that we’ve gone from having 40 volumes to having over 100, more modular, subject related elearning courses.”

After sorting out the content management, the challenge became recertification versus extended learning. The problem was that employees had to be recertified after three years. “We thought that logic was hard to explain. At the end of the day, you want the technician to have the right information at the right time,” said Joost. “We provide updated information every year as it becomes available.” This allows employees to be constantly learning the newest, most updated information.

eLearning not only shifted the focus of the program, but also increased access to training for some of the more remote areas. “We have a lot of countries with vast geographic spread,” continued Joost. “It’s not practical for technicians to come in for training. They use a lot of online learning.” 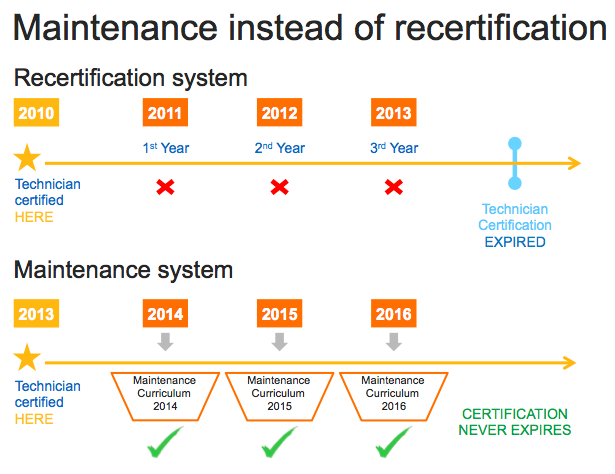 A major challenge for a large European company like TME is the significant regional variation and need for culture-specific learning. What works in one country (or region) may not work in another. This is especially true for soft skills training. Joost explains, “From a head office point of view, we provide basic modules—but what is good for Spain is not necessarily good for Russia. That’s usually modified locally.” Operating in 56 countries in Europe, TME has seen many cultural differences. Training is offered in 17 different languages (regions with small populations tend to use English), and “France, the Nordic region, and the Baltics have picked up the use of elearning quite strongly.” The UK and Russia have the most technicians, so elearning is used heavily in those countries as well. 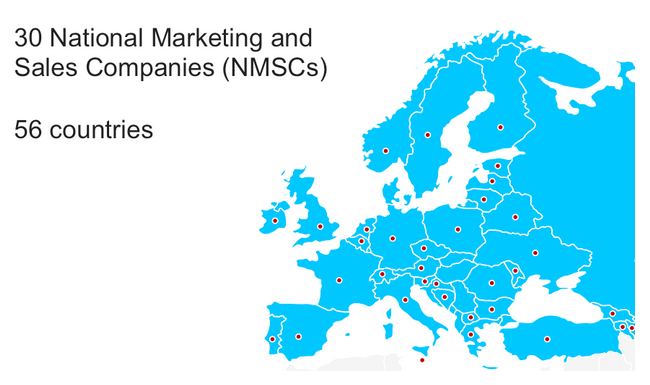 One of the biggest trends in elearning this past year has been “BYOD” (Bring Your Own Device). TME is looking to embrace this trend by working to develop courses for Android and Apple devices. While it’s quite region specific whether employees have mobile devices, there are diagnostic laptops with internet connection in every workshop. These machines can provide a platform for technicians to learn on during down time.

As for what keeps Joost up at night? What to do next. “It’s usually just a case of getting a good handle on what the problems are and what is the most sensible solution. It’s always tempting to go for a new technology, but you really have to make sure it’s going to solve your problem at the end of the day.”